Historically, the name La Serra was attributed to the sunniest positions. The vineyard is a spectacular amphitheatre with a southeast to southwest exposure, planted in 2003 at density of approximately 5,000 plants per hectare.

The land is of sedimentary marine origin, with outcrop layers of shell and fossil, evidence of the presence of a sea gulf (the skeleton of a Rorqual whale was discovered in its vicinity).

Soil:Of sedimentary marine origin with the determining presence of Astian sand, poor in organic matter, but rich in microelements such as magnesium, potassium and manganese 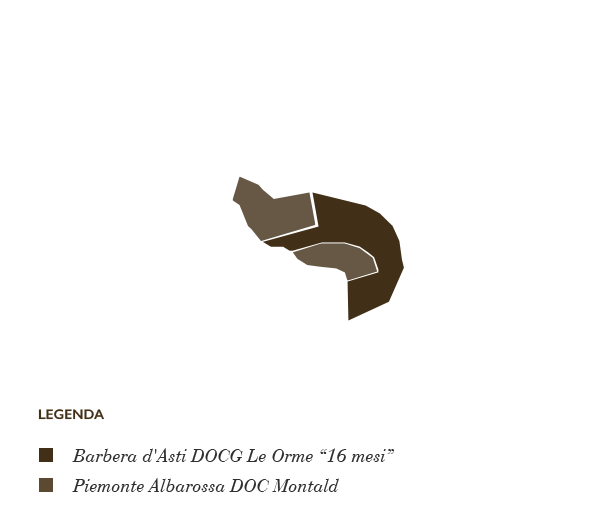